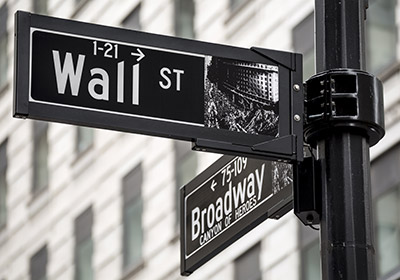 We all understand that as the economy goes, so too does consumer confidence and, on a more personal level, the available spending money of the average American. If the economy takes a tumble, the housing market is likely to decline right along with it. However, what is less certain is how the state of the real estate market effects the over all United States economy. It might not seem like a domestic economy would have much impact on the overall economy, but this notion is indeed a false one. The general economy is tremendously impacted by the state of the real estate market.

Home loans make up a large portion of a bank’s lending, especially when residential and commercial real estate interests are combined. When the housing market is robust and healthy, the economy is more easily able to grow as lending institutions are more willing to lend money, often at more favorable terms to economic generation activities such as business loans. The opposite is also true, the recent housing crisis showed banks struggling to handle the number of mortgages that were being defaulted on. This left banks with empty houses, rather than monthly mortgage checks, the latter of which is all the financial institution has use for.

The real estate market is not just limited real estate agents and lending institutions. There are many indirect players in the real estate market that feel the waxing and waning of the real estate economy just as strongly as do the obvious players. From construction workers who suffer the boon of times of plenty and bust of hard times, so too do materials providers, manufacturers and so on. These indirect players are a key part of the overall economy and thus the affect the housing market has on them effects their ability to participate in the national economy.

Consumer spending is often directly correlated to consumer confidence in the economy and people who find themselves without work, or that their investments are worth less than they once were (as homeowners saw with the housing crisis) typically have less money to spend in the economy, or at least less money they are confident and willing to spend.

The state of the real estate market has a real effect on America’s economy. We have seen with the recent housing bubble (the ripples of it’s burst still cascading throughout the nation), that a crumbling real estate market spells much gloom and doom for the economy as a whole. We were on the brink of financial disaster, with ripples of the burst of the economic bubble being felt throughout the entire economy. It is wise, for those within the real estate market, and financial experts as well, to understand the interplay and dynamic between these two economies and the effects they have on one another.