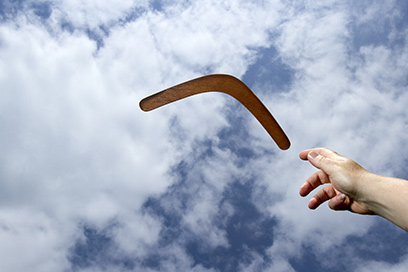 A report from RealtyTrac has revealed that 7.3 million boomerang buyers will start returning to the American housing market over the next decade. So, what exactly are boomerang buyers, you ask? These are the Americans who lost their homes to a foreclosure or short sale between 2007 and 2014 and are preparing to become homeowners again.

Why is this happening? In 2007, foreclosures and short sales hit a peak during the economic crisis. This year, it’s been more than eight years since the start of the crash. Eight years is considered to be the conservative amount of time needed to rebuild one’s credit. Not only that, but the economy is steadily gaining momentum, the real estate market is booming, and the unemployment rate is lowering.

As a result, many of these former homeowners – 500,000 to be exact, according to RealtyTrac – can qualify for home loans and they are preparing to reenter the market and purchase a home starting this year. By the end of this year, that number will reach 1 million, and will peak at 1.3 million by 2018.

Buying in certain cities may bode better for boomerang buyers. RealtyTrac defined these as cities who were hit the hardest by the recession and today offer affordable prices. Perhaps the number one city that fits within this description in Las Vegas, followed by several California cities, such as Modesto, Merced, and Stockton.

Retirement cities will also be attractive to boomerang buyers, as many of them are from Generation X and Baby Boomer generations. These cities include those in Florida (especially Miami), Chicago, Atlanta, and Phoenix.